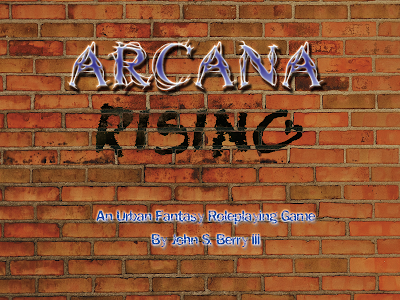 Arcana Rising is a modern-day urban fantasy role-playing game that posits a world where magic and the supernatural have awakened once more after millennia of slumber beneath the frozen ice of the Antarctic.
Generations ago, the source of all raw magic was sealed away beneath the frozen ice of the southernmost continent, but now, with the breaching of the ancient seal by Russian scientists, magic once again flows throughout the world as it once did. Wizardry is once more a genuine calling, the divine influence is making itself known in greater strength than has been seen on the Earth in human memory, and with the return of magic, supernatural creatures that had long fled to the outer planes where magic still held sway are once again encroaching into the material realm and threatening mankind.
Players will take on classic fantasy roles thrust into our world, modern day wizards, adventurers, and holy champions, who seek out the knowledge of the lost era of magic and attempt to protect mankind from the supernatural beings that now threaten it, while juggling their mundane lives around the demands of a life of danger confronting unholy threats from beyond the veil.
Arcana Rising is powered by the same core system as the critically-acclaimed Hulks and Horrors science-fiction role-playing game. The H&H Engine brings a simple to learn set of rules inspired by the classic fantasy role-playing games of Gygax, Mentzer, and Ward. 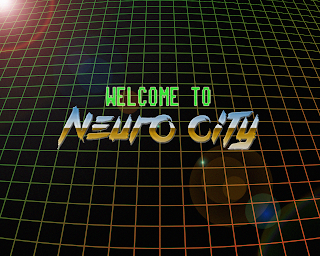 Welcome to Neuro City is a fantasy cyberpunk supplement for Arcana Rising, the H&H System powered game of urban fantasy.